The Outcast Crown is free for a short time

Until October 13, you can get a free copy of The Outcast Crown for Kindle via Amazon. Enjoy the second story in the Inquisitors’ Guild series. This novel introduces some new characters and carries on the story of some of your favorite characters from the first book.

It’s not necessary to have read the first book to enjoy the second – it’s a stand-alone story, full and complete. However, you might enjoy starting with Flames Over Frosthelm if you want to read them in chronological order.

I am releasing The Outcast Crown, the sequel to my first novel, Flames Over Frosthelm. It relates the further adventures of the young investigators of the Inquisitors’ Guild in Frosthelm. This one is told from the perspective of Boog, the partner of Marten, the narrator of the first book.

Here’s the over-dramatic back-cover blurb: “Boog is back, helping to train a new apprentice inspector, Zekra Kalem. Together, they investigate a mysterious phenomenon afflicting the city – a troubling manifestation, always accompanied by a buzzing sound, sometimes taking almost human form. As they search for clues, they come across a murder of someone who should probably already have been dead and find hints of treachery and intrigue from a far distant land. The city they love may be under a threat as dire as it has ever known, and they are thrust into the twisting machinations of an ancient, deadly mistake and a curse that afflicts an entire nation.”

I hope you’ll enjoy the book. If you’d like a free copy of this book, or of the first one in the series, I have some promotional Amazon ebook codes I am happy to send your way. Just let me know in comments below.

My sincere thanks go to my friends and college classmates who have been so supportive as I’ve embarked on a mid-life writing adventure.

The Amazon book link is here:
The Outcast Crown

I have two new Frosthelm books done, and I’m working on editing for each of them.

One, called The Outcast Crown, takes place about a year after the events of Flames Over Frosthelm. The narrator of the book is not the same as the first book, but it’s one of the main characters. It’s a stand-alone story – you don’t need to have read the first one to understand and enjoy the second. It’s about 120,000 words, the same length as the first book.

The other is called (tentatively) Traitors Unseen. It takes place about eight or ten years before the other two. It has some characters that appear later in the other books, but it also is a stand-alone story. It’s about 36,000 words, so a shorter story. It has a different narrator than the other two, although it’s a character that appears in the later two books.

Both feature the Inquisitors’ Guild prominently.

I’m in the middle of my first revision pass for my second novel, which I finished last weekend. Here’s my revision command central. The list of chapter numbers, working titles, and revised titles is the left three columns. The next three are elapsed time and start and end dates, so I’m consistent with timing as the story progresses and know how much time is passing for the characters.

The yellow boxes to the right are issues in some chapters that I want to check or correct or do better. Some of them are really minor, while others are things I blew it on the first time through that will take some work to fix.

The gray box on the far right is a screencap of my writing software showing the original descriptive chapter names so I can keep them straight as I rename them to stupid puns.

The colored column in the middle is whether I think the chapter is funny or not – red and yellow less funny, blue and green more. At least to me. I don’t know if there’s anything to be learned there, but I figured I’d note it for pacing and revisions. The dark blue line shall remain mysterious for now. I’ve done 31 of 63 chapters so far, and I’m shooting to have this first pass through it done before classes start on Monday.

Anyone who knows me well knows that I can’t help but use spreadsheets for stuff. Not sure if this is interesting to anybody, but I thought it might be. Blurred to hide spoilers.

I just completed the first draft of the sequel to Flames over Frosthelm. Now on to revising! 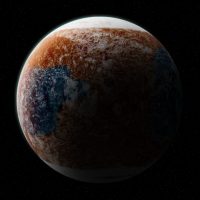